As babies and toddlers learn to talk, it is quite normal for them to say sounds incorrectly by adding, changing, leaving out, or substituting letter sounds. But as adorable as it is to hear your little one’s speech, a child who still has trouble saying sounds at a certain age may have a speech sound disorder.

Linguistic Age – Refers to how the child’s vocabulary, grammar, and social use of words compare to peers. For example, a child might have a chronological age of 3:3, but his or her expressive language skills could be at the 2:9 level, indicating a six-month gap. This six-month gap indicates that his or her speech production skills should be at the 2:9 level, not the 3:3 year mark. Determining this gap, if there is one, is imperative when evaluating for speech sound disorders.

What are Speech Sound Disorders?

As children develop their language skills, they learn to produce sounds. Most children say /p/, /m/, and /w/ early on, while sounds like /r/, /l/, or “th” often take longer to master. By four years old, children can produce and say the majority of speech sounds correctly.

When a child is having difficulties with a sound that should have been mastered based on the child’s chronological and linguistic ages, it might be an indication of a speech sound disorder. This may either be an articulation disorder or a phonological disorder. 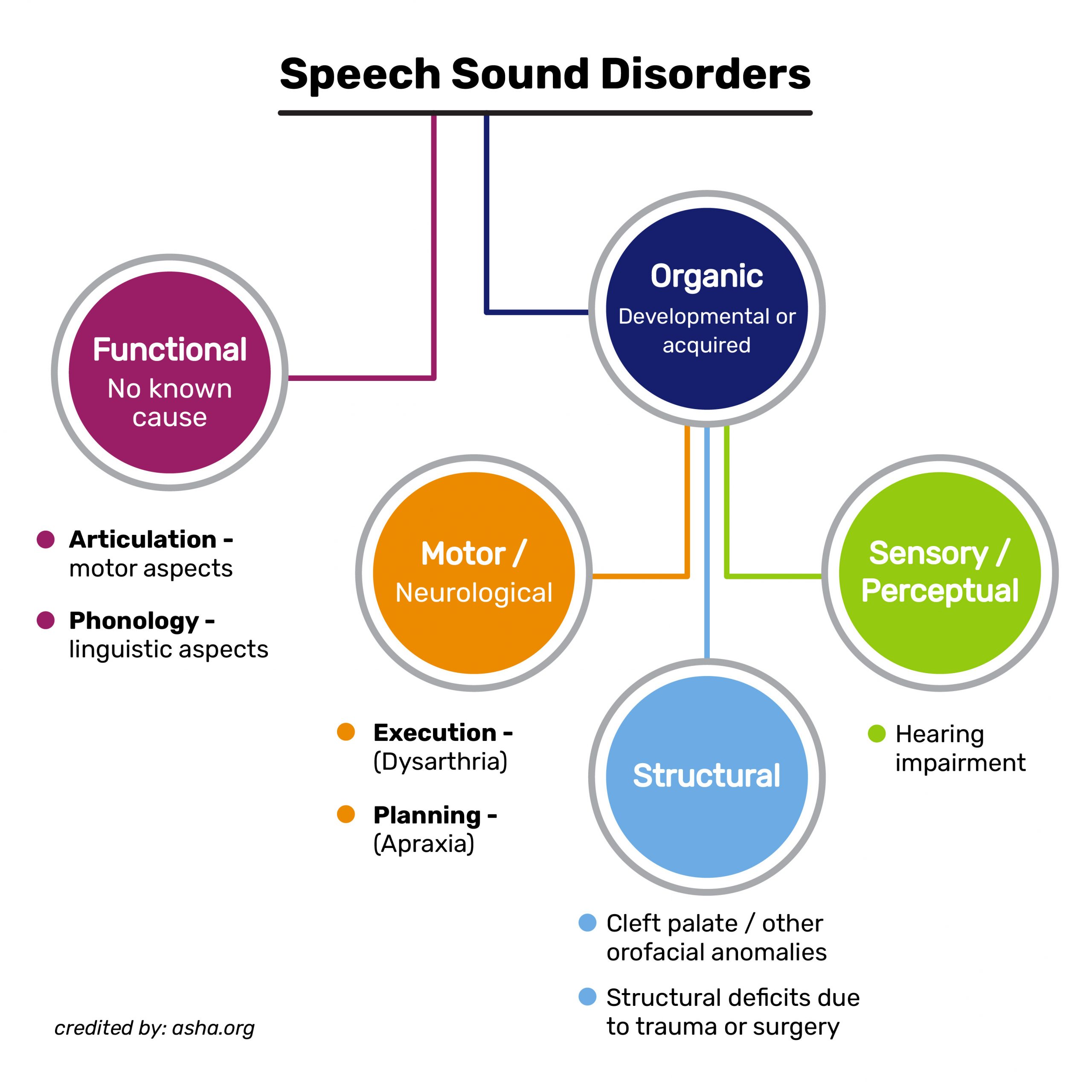 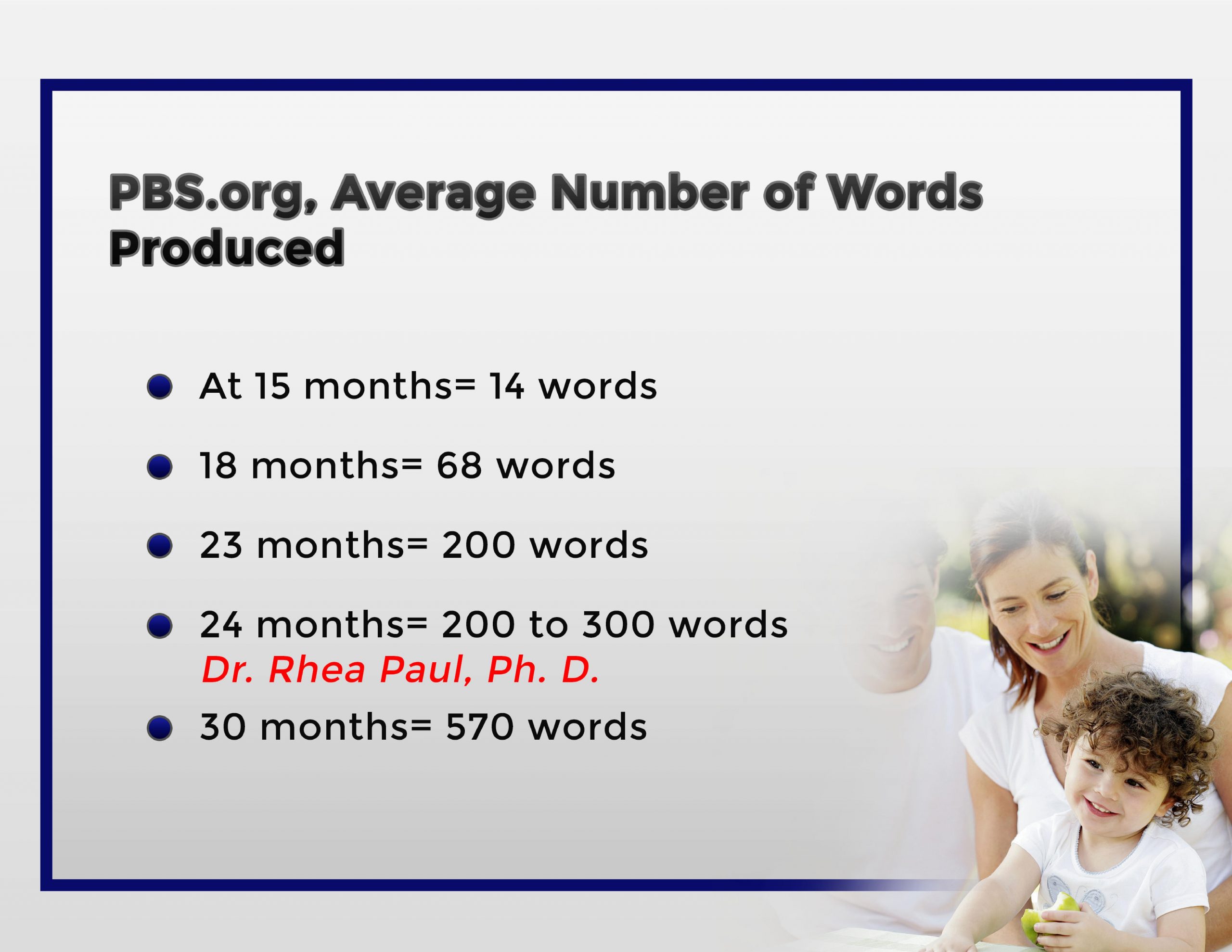 Articulation Disorder – This affects children’s speech on a phonetic and motoric level, which means they have trouble saying individual speech sounds, e.g. consonants and vowels. For example, when a child cannot produce the /l/ sound, when he or she should be able to produce it based on the chronological and linguistic ages, and does not show a systematic error pattern (see below for phonological disorder), one can then assume that it is an articulation disorder.

Phonological Disorder – This disorder occurs at the phonemic/linguistic/cognitive levels (a level higher than the phonetic/motoric aspects of speech production. Children with a phonological disorder show systematic patterns with their speech production errors, e.g. consistently delete /m/ in initial sounds, by saying “at” for “mat” or “ad” for “mad” for CVC (consonant-vowel-consonant) words, when the age error is unexpected for the child’s chronological and linguistic ages.

Other speech sounds disorders are dysarthria and apraxia, which are significantly more uncommon speech sound disorders compared to articulation and phonological disorders. 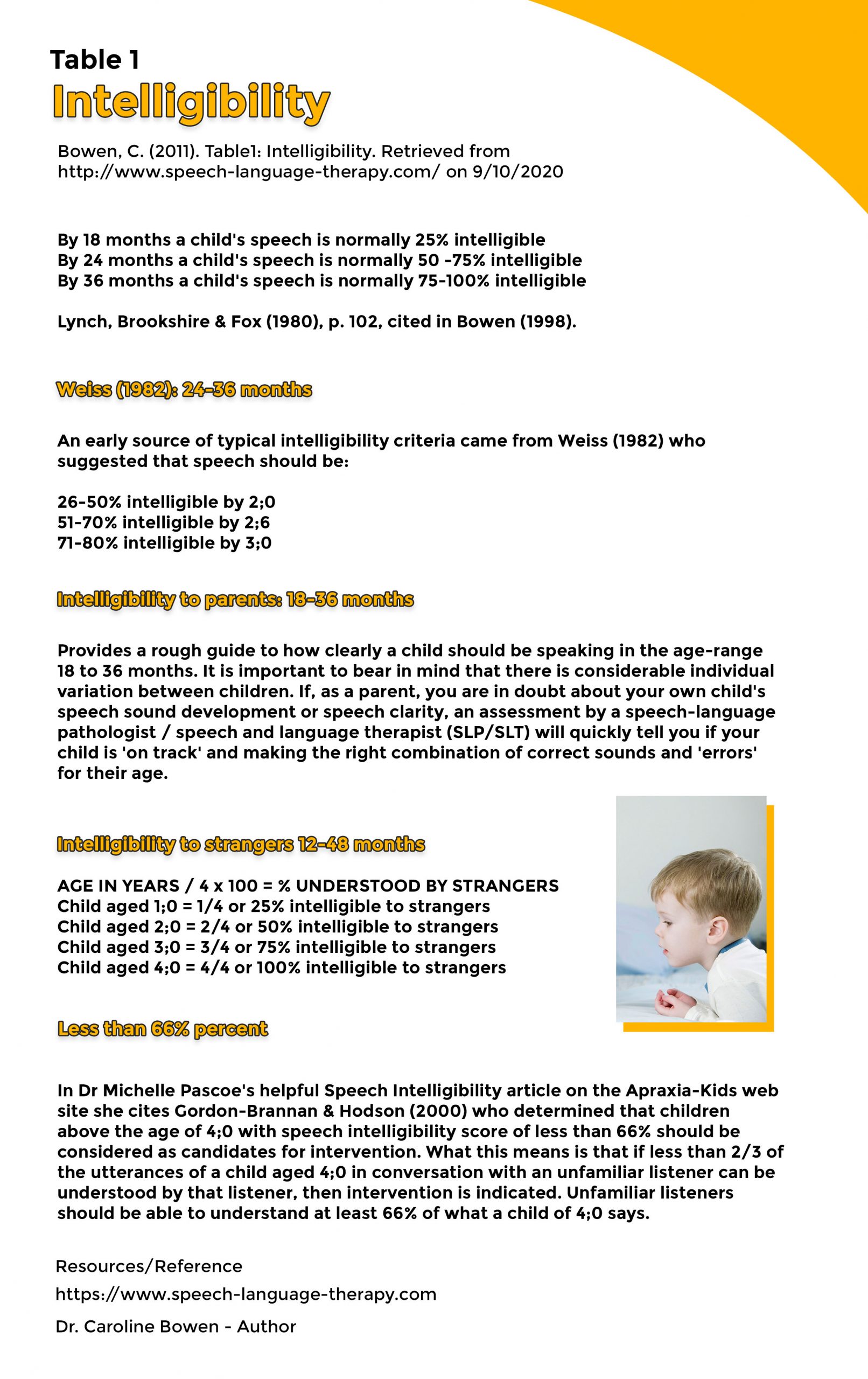 Despite being uncommon in children, many speech pathologists misdiagnose children’s speech production errors due to the lack of understanding between phonology, morphology/syntax, and speech production skills. Many speech pathologists focus only on the motoric aspects of speech production. The reason for this divide in the field of speech language pathology is because there is variability in training at the Masters and Post-Masters Degree levels. Likewise, there is growing pressure placed on speech pathologists, particularly private therapists, to use commercialized products that are not backed up by research. Many parents ask for these products and commercialized programs because that is what they have been told to do.

Speech sound disorders can also occur in adults, which typically start from childhood or after a stroke or traumatic brain injury. However, they are the most common when children learn speech sounds and cannot produce the correct speech production sounds on their own. Most of the time we do not know what causes speech sound disorders. Speech production is simply something we take for granted. Most of the children we work with cannot master certain sounds on their own, so they need a boost in how to correctly enunciate these sounds. This is how we can help your child!

Other possible causes of speech sound disorders in children include:

How to Treat Speech Sound Disorders

In addressing speech sound disorders, it is crucial to test a child for hearing loss as it can interfere with speech and language development. Just because a child detects sounds, it does not mean they are processing these sounds. Pediatricians do not perform full audiological evaluations. An audiologist must rule out any hearing issues, such as undetected ear infections, which can negatively impact speech language development. We have worked with many children who had undetected hearing issues and surprised their parents when their hearing test uncovered hearing loss (most of the time it is temporary hearing loss and easily treatable).

A speech-language pathologist can then help correct the child’s speech problems. The SLP will conduct a series of tests to check how the child says sounds at various levels, e.g. sound, syllable, word, sentence, etc., and in varying contexts in words, e.g. initial, medial, final, within clusters/blends, and more. We also check out the context of the child’s movements of their articulator’s: lips, jaw, and tongue in varying phonetic/linguistic contexts.

Likewise, it is crucial to test a child’s language skills to see if the speech problem is linked to a language disorder based on his or her linguistic age. This is a bit complicated to break down, but we can certainly explain this connection to you. As previously stated, many speech language pathologists do not connect the speech production dots to language skills. Often, this leads them to misdiagnose and look too myopically at why a child is incorrectly producing sounds. We break down all systems so your child will have an accurate assessment. Assessments guide treatment, which will save you money. 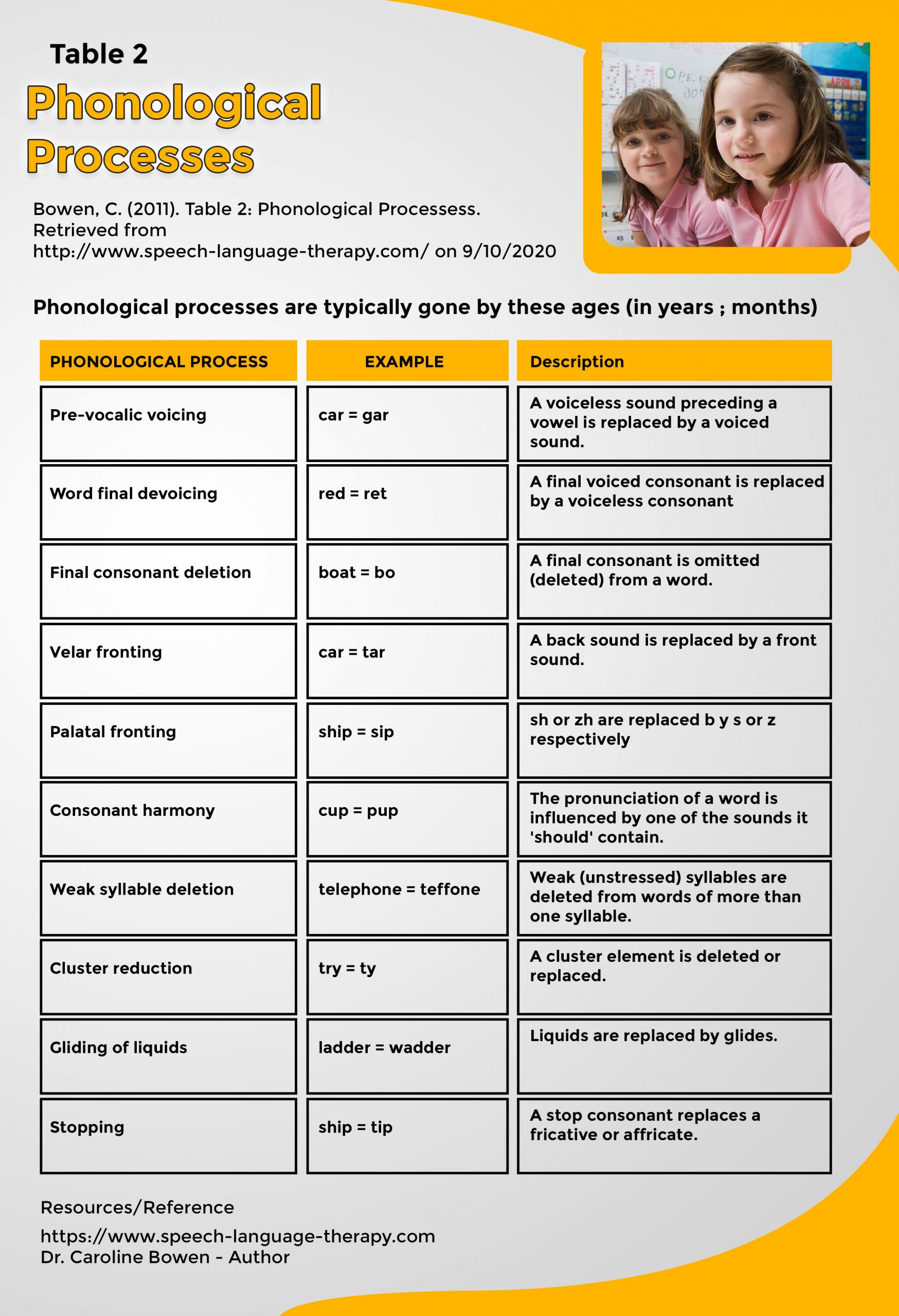 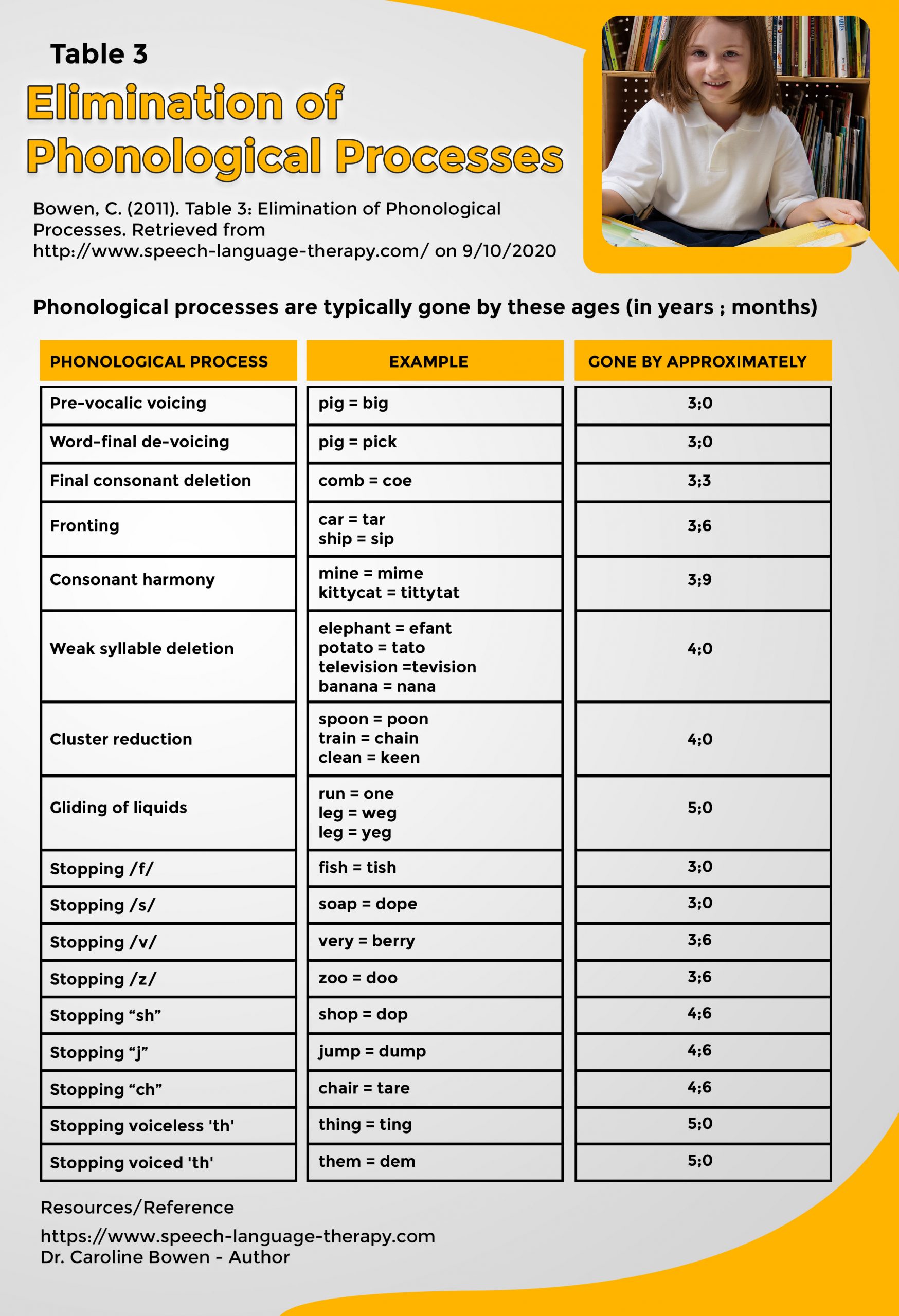 After the assessment, if the child is deemed to need speech therapy, speech therapy starts with identifying which sound or sounds a child has trouble producing, the part of a word (beginning, middle, or ending) from which he or she is struggling to produce that sound, and, if phonological in nature, what sound or sounds he or she is omitting, substituting, etc. This analysis will also determine what type of words should be used to practice these sounds. The SLP also checks for stimulability and sound elicitation. Stimulability refers to a child’s ability to imitate a sound. If a child cannot repeat a modeled sound, the therapist will work on elicitation or teaching how to say the sound correctly. It is also possible that the child might not be ready to learn a certain sound. If this is the case, the SLP will focus on the next sound in succession and circle back to the unstimuliable sound at a later point.

Once established, the SLP can proceed with the hierarchy of speech therapy described below. Please take note that for phonological speech errors, the goals are to decrease the inappropriate phonological error(s) while increasing the correct production of the target sound(s).

Tongue Tie aka “Ankyloglossia”: To Clip or Not to Clip?

What is Oral Motor Therapy?

What is the research for Developmental Apraxia of Speech?