What is Speech Language Therapy?

Childhood speech problems may need to be addressed by speech therapists. We also work with adults who have speech difficulties resulting from accidents or diseases, such as a stroke or brain damage.

Adults may have speech sound problems that begin in infancy or develop after a stroke or severe brain damage. They are most common when young children are learning speech sounds and cannot generate them independently. We don’t always know what causes speech sound problems. We take for granted the ability to produce speech. Because most of the children we work with cannot grasp particular sounds on their own, our Westchester speech language therapists are here to help!

The following factors may also cause children’s speech sound problems: 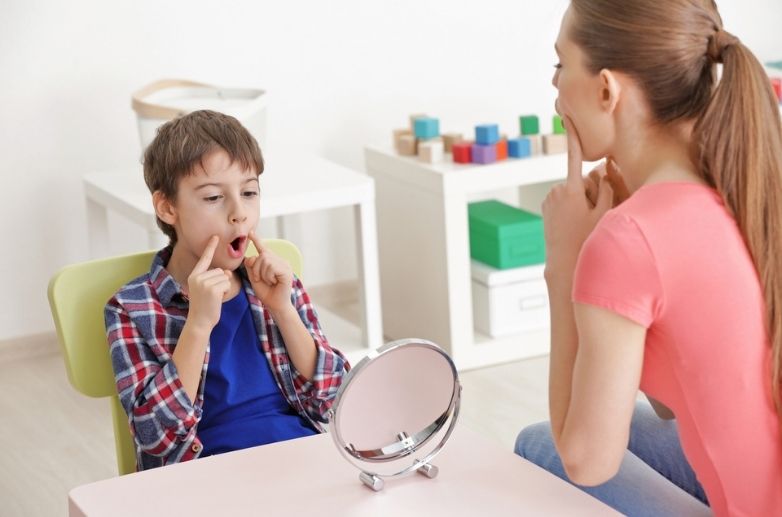 Articulation Disorder – On phonetic and motoric levels, this impacts children’s speech, causing them to have difficulty pronouncing certain speech sounds, such as consonants and vowels. For example, if a child cannot make the /l/ sound when his or her chronological and linguistic ages indicate that he or she should be able to, and there is no systematic mistake pattern (see below for phonological issues), it is likely that the child has an articulation disorder.

Phonological Disorder – The phonemic/linguistic/cognitive levels of speech production (a level higher than the phonetic/motoric components) are affected by this illness. Children with phonological disorders show systematic patterns in their speech production errors, such as consistently deleting /m/ in initial sounds, by saying “at” for “mat” or “ad” for “mad” for CVC (consonant-vowel-consonant) words, when the age error is unexpected for the child’s chronological and linguistic ages.

Dysarthria and apraxia are two other speech sound disorders that are much less common than articulation and phonological problems.

Even though children’s speech production errors are uncommon, many speech pathologists misdiagnose them due to a lack of understanding of the connection between phonology, morphology/syntax, and speech production skills. Many speech therapists focus only on the motoric aspects of speech production skills. The reason for this discrepancy in speech-language pathology is that master’s and post-level master’s training differs. Similarly, speech pathologists, particularly private speech and language therapists, are being pressured to use commercially available products that aren’t backed up by research. Many parents seek marketed goods and activities because they have been instructed to do so.

What Happens During Speech Therapy?

An assessment by a speech-language pathologist (SLP) is usually the first step in speech therapy. The SLP will identify the kind of communication issue and the best treatment choices. 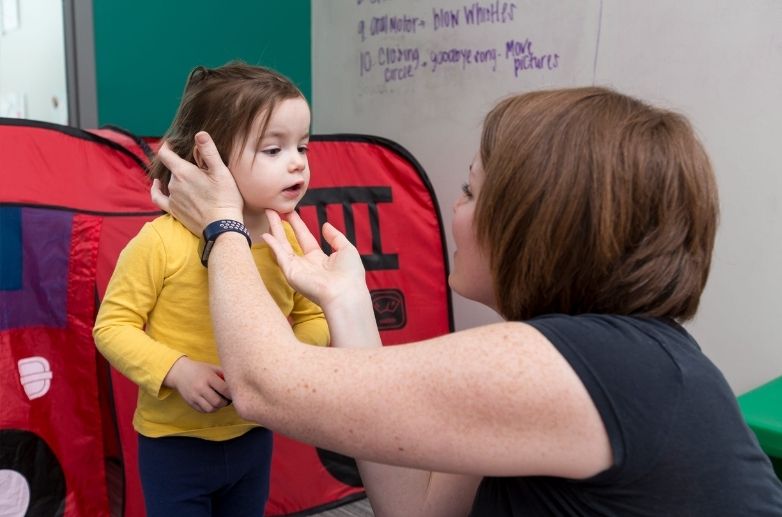 Speech therapy for adults begins with an assessment to determine your needs and the best treatment choices. Adults who want to enhance their voice, language, and cognitive-communication may benefit from working with a Westchester speech language therapist.

Swallowing retraining may be performed to treat swallowing difficulties caused by an accident or a medical condition such as Parkinson’s disease or oral cancer.

There are several therapy services available if you wish to do speech therapy exercises at home, such as:

How Do You Treat With Expressive Language Disorder?

After establishing a diagnosis, the SLP will do further research and observations before creating a personalized therapy plan. However, it’s important to remember that therapy will not result in a permanent “cure” for the disorder. Instead, pediatric speech therapy (SLPs) may educate children on managing their symptoms by giving them skills and techniques.

Some areas that SLPs address are:

Children and adults with a range of speech and language difficulties may benefit from working with local Westchester speech language therapists. If begun early, speech therapy may assist with communication and self-confidence. Our Westchester speech-language pathologists also work with teenagers! Contact us now for a free consultation appointment!

Our speech-language therapists are ready to help you!