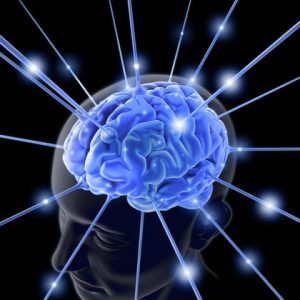 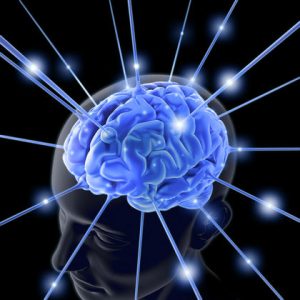 The first time you hear that your 7-year-old son is weak in “executive functions” it sounds like a joke. No kidding that’s why he’s a first-grader, not a CEO. But executive functions are the essential self-regulating skills that we all use every day to accomplish just about everything. They help us plan, organize, make decisions, shift between situations or thoughts, control our emotions and impulsivity, and learn from past mistakes. Kids rely on their executive functions for everything from taking a shower to packing a backpack and picking priorities.

Learning specialists have devised ways to bolster the organizational skills that don’t come naturally to a child with poor executive functioning. They teach a mix of specific strategies and alternative learning styles that complement or enhance a child’s particular abilities. Here are some of the tools they teach kids and parents to help them tackle school work as well as other responsibilities that take organization and follow-through.

The steps necessary for completing a task often aren’t obvious to kids with executive dysfunction, and defining them clearly ahead of time makes a task less daunting and more achievable. Following a checklist of steps also minimizes the mental and emotional strain many kids with executive dysfunction experience while trying to make decisions. explains Ruth Lee, MEd, an educational therapist, “Often these kids will get so wrapped up in the decision-making process that they never even start the task. Or, if they do begin, they’re constantly starting and restarting because they’ve thought of a better way to do it. In the end they’re exhausted when the time comes to actually follow though.” With a checklist, kids can focus their mental energy on the task at hand.

You can make a checklist for nearly anything, Lee notes, including how to get out of the house on time each morning often a daily struggle for kids with executive dysfunction. Some parents say posting a checklist of the morning routine can be a sanity saver: make your bed, brush your teeth, get dressed, have breakfast, grab your lunch, get your backpack. Lee also recommends completing as many of the morning tasks as possible the night before. Lunches can be made ahead of time, clothes can be laid out, and backpacks can be packed and waiting by the door. It takes a little extra planning, she adds, but doing the work ahead of time can prevents a lot of drama the next day.

When making a checklist, many educational therapists also recommend assigning a time limit for each step, particularly if it is a bigger, longer-term project. Matt Cruger, PhD, Director of the Child Mind Institute Learning and Development Center, likes to practice breaking down different kinds of homework assignments with kids to get them used to the steps required and how long they might take. He describes recently working with a fifth grader who could think of only two steps required to complete a book report writing the report and then turning it in. The time involved in reading the book slipped his mind.

Educational specialists also highlight the cardinal importance of using a planner. Most schools require students to use a planner these days, but they often don’t teach children Come to use them, and it won’t be obvious to a child who is overwhelmed by or uninterested in organization and planning. This is unfortunate because kids who struggle with executive functioning have poor working memory, which means it is hard for them to remember things like homework assignments. And working memory issues tend to snowball.

“Kids don’t remember that they won’t remember their homework if they don’t write it down,” Dr. Cruger explains. “It doesn’t matter how many times they forget. Once a frustrated father told me, ‘It’s like he has thisillusione that he’ll remember it!'” As a backup to planners, many schools are also using software platforms like eChalk to create webpages teachers use to post homework assignments and handouts giving kids with executive dysfunction one less thing to worry about.

“It’s almost like they’re making neuroeconomical decisions,” Dr. Cruger says. “They’re constantly weighing things to see if it’s worth their effort, and planning can feel like a waste of time if you don’t understand the rationale behind it.” Older kids are particularly resistant, because they’re more stuck in their ways. “They’ll say, ‘This is what works for me,’ even if their method really isn’t working,” says Dr. Cruger. Explaining the rationale behind a particular strategy makes a child much more likely to commit to doing it.

Perch? tutti imparano in modo diverso, specialisti dell'educazione come Mara Ravitz, MA, uno dei fondatori della societ? di apprendimento Smarten Up, advocate using a variety of strategies to help kids with executive dysfunction understand and remember important concepts. Using graphic organizers as a reference for visual learners is one such example. Students learning how to write a paragraph might follow the modello di paragrafo hamburger, a diagramed drawing of a hamburger in which each sandwich component matches a part of a paragraph the top bun is the thesis, the three supporting sentences are the lettuce, tomato, and patty, and the bottom bun is the conclusion sentence. Some versions of the hamburger paragraph act as a visual aid while others double as forms that a child can fill in.

Other kids remember things better if there is a motion supporting it, like counting on your fingers, which is good for visual and tactile learners. Younger children benefit from self-talking to reduce anxiety and Social Stories, which are narratives about a child successfully performing a certain task or learning a particular skill. Social Stories are told from a child’s first-person perspective and are similar to self-talk, but they can also double as a checklist because they break tasks into clear steps and can be referred to later.

This is particularly important for older kids, who typically struggle more to get started with their homework. Educational specialists recommend starting homework at the same time every day. Expect some resistance from older kids, who often prefer to wait until they feel like doing their work. Dr. Cruger strongly advises against waiting to start homework. “Realistically, the desire to start homework probably isn’t going to come. A kid who is waiting for inspiration to strike will still be forced to start his homework eventually, but it will probably be at 11 o’clock. That’s clearly a bad work model.”

For younger kids, Ravitz recommends putting a reward system in place. “Younger kids need external motivators to highlight the value of these new strategies. Something like a star chart, where kids see the connection between practicing their skills and working towards a reward, works very well.” Besides, Ravitz notes, “It’s also a good way to communicate to kids that their parents and their teacher also value this skill.”

If you’re using a reward chart, hanging it in the designated homework area can be a good incentive. For older kids who aren’t as motivated by things like rewards, parents should still be encouraging. Ravitz recommends parents checking in with older kids. “Ask how things are going or offer help. Tell them you appreciate all the hard work they’re doing. School is really hard for a lot of kids it shouldn’t be a given that learning these things is easy.”

Developing new strategies for learning isn’t easy either. Initially, it can put kids who are already self-conscious even further outside their comfort zone, but it’s worth the effort. We use our organizational skills every day in a million ways, and they are essential to our success in school and later as adults. They even give us more time to play videogames.